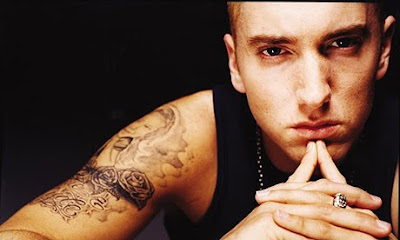 above image courtesy of the UK Guardian

Christina Aguilera botched the National Anthem at Super Bowl, the Black Eyed Peas halftime show was a disappointment and the match-up between the Pittsburgh Steelers and Green Bay packers proved to be an exciting one. 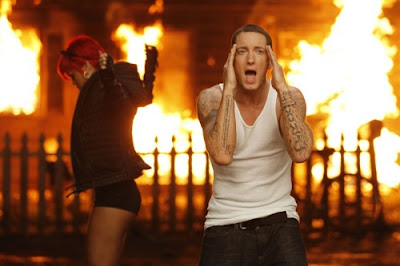 above: a still from the Superbowl's Chrysler 200 ad featuring Eminem

But two of yesterday's most talked about commercials that aired during the Championship Game both featured someone who'd been laying low in terms of screen time for the past few years, Marshall Bruce Mathers III, aka Slim Shady, aka Eminem. And that's not all. In addition to these commercials featuring the rapper, the 53rd Grammy Awards - in which Eminem has earned 10 nominations - is being promoted with a visual and aural 'life story' of the Midwest celebrity. 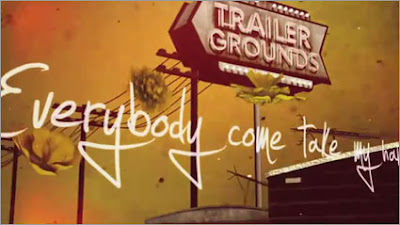 above: The 53rd Grammy Awards features the rapper's career in their latest campaign

As a Claymation pitchman in the Lipton Brisk ad, he effectively pokes fun at himself. As a Die-hard Detroiter, he adds an edge to the Chrysler 200 launch ad, which has proven to be a sentimental favorite. In the Grammy promo, his career is chronicled as part of the Recording Academy's 'Music Is Life Is Music' campaign. 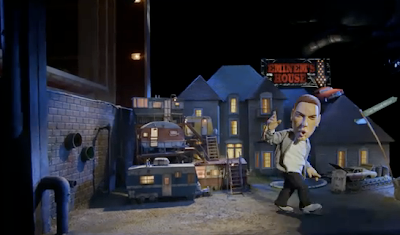 above: Eminem is a claymation character in Lipton's latest Brisk ad

In case you missed them, here are the three tv commercials presently on the air, featuring Eminem.

Eminem in the Chrysler 200 ad:


Eminem in the Lipton Brisk ad: