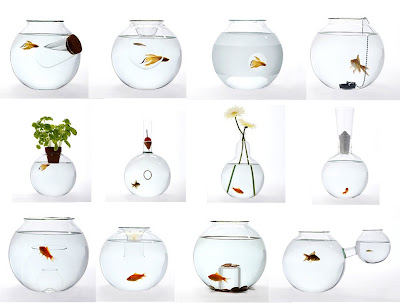 This project presents fifteen different pieces that explore variations of the iconic image of a fishbowl. Each piece examines a topic or suggests a solution to a different issue, as human qualities are being attributed to a fish. 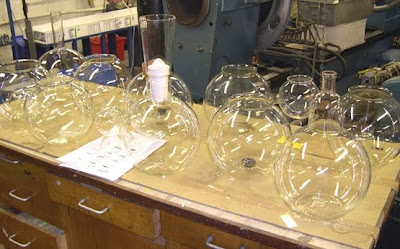 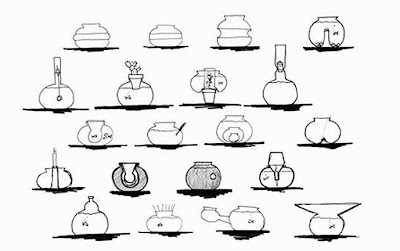 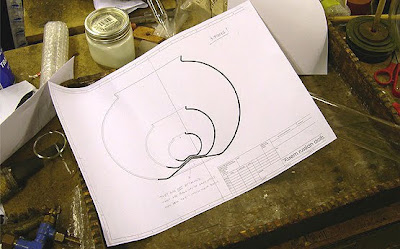 Under Candlelight tells us about candlelight floating on water for a romantic evening: 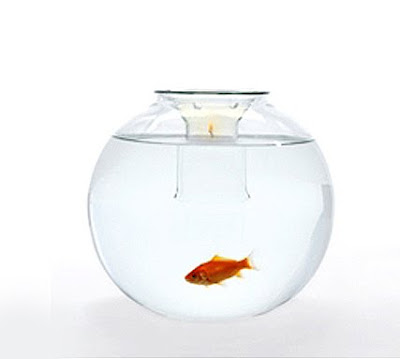 XS or XL tells us about relationships between big and small fish living together: 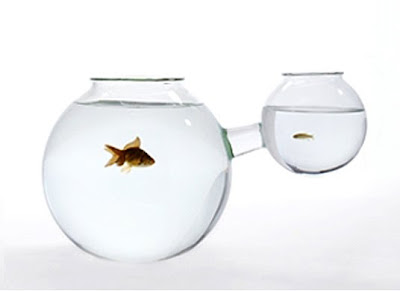 Dear Neighbor tells us about the delicate relationships we have with our close neighbors: 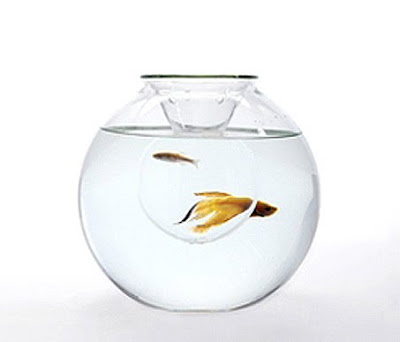 Pure Life tells us about purifying the water directly when refilling the bowl: 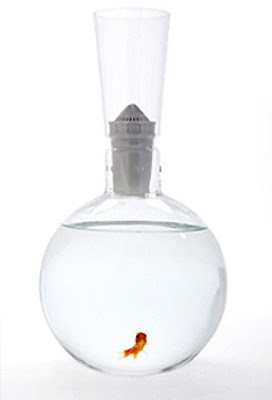 Chill Out / Warm Up tells us about how we can control water temperature adding hot water or ice in the small receptacle: 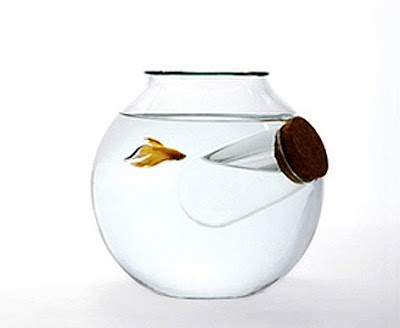 Russian Dolls tell us about how big the fish wants to grow. If it stays in the small bowl, the fish will keep small. If it goes to the big, it will grow: 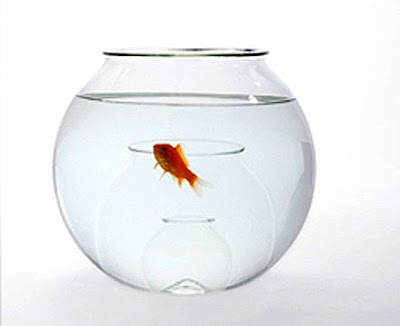 Bottle Vase tells us about how we use objects for another purposes other than their original function: 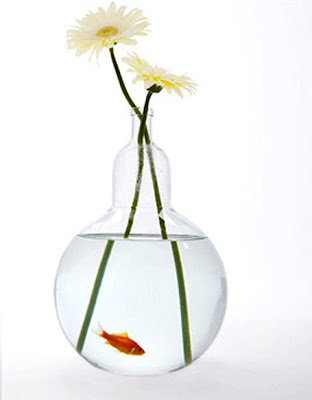 Private Matters tells us about privacy for the fish: Hanging From a String tells us about playfulness in an apparently threatening situation: 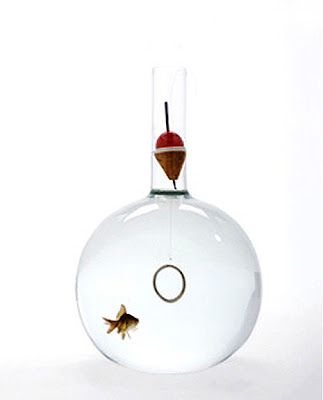 Do Not Piss Me Off tells us about the power to decide between the life and death of the fish: 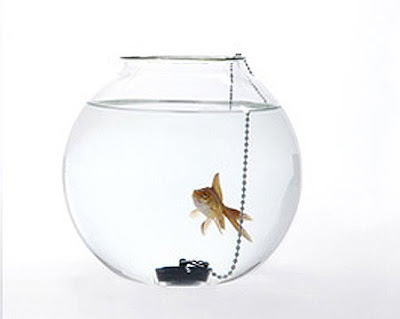 Above Water tells us about sharing the water between the fish bowl and the plant: 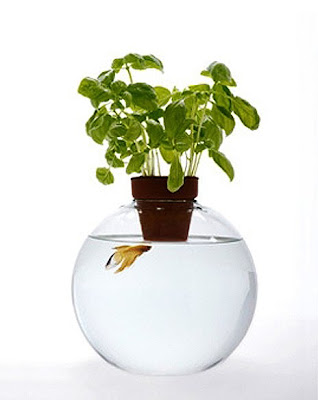 Wishing Well tells us about cultural traditions related to throwing coins on wells or fountains: 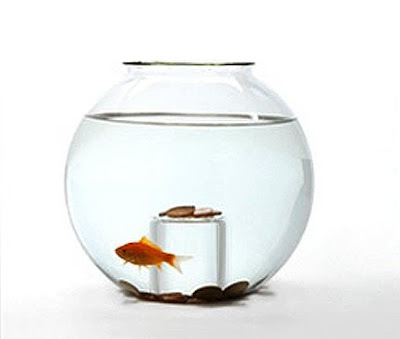 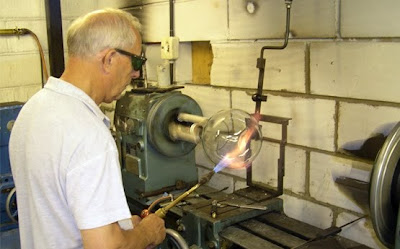 Roger Arquer was born in Barcelona, Spain in 1975. Graduated in Design at ESDI, Barcelona (1994-1998). A year after his graduation, he moved to New York City (1999-2003) to work as industrial designer. After New York, he moved to London to attend an MA in Design Products at the Royal College of Art (2003-2005). During the summer break in RCA he worked as designer in Zurich (Switzerland). He set up his own design practice in London after RCA.

Since he was student he has received design awards, such as Opus Design Award (Japan), Coram Design (Netherlands), Adi-Fad (Barcelona), RCA Society/Thames Hudson Book Prize (London), among others.

all text and images courtesy of the artist.
Roger Arquer

In a funny little coinkidink, today's Google Doodle also takes place underwater where the fishies live, be sure to check out the post on the interactive Jules Verne homage here.
at 12:00 AM
Email ThisBlogThis!Share to TwitterShare to FacebookShare to Pinterest
Labels: blown glassware, fish tanks, fishbowl, glass design, modern fishbowl, modern fishtank