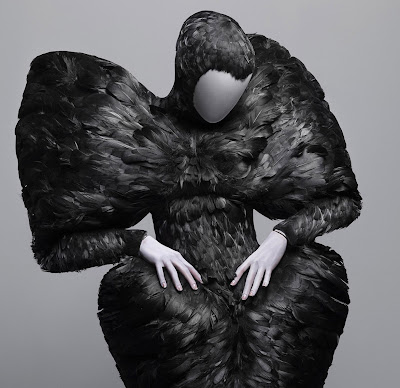 From May 4 through August 7th, The Metropolitan Museum of Art featured an impressive exhibit of the innovative fashions of the late Alexander McQueen. The exhibition, organized by The Costume Institute, celebrated the talented and sorely missed Alexander McQueen’s extraordinary contributions to fashion. From his Central Saint Martins postgraduate collection of 1992 to his final runway presentation, which took place after his death in February 2010, Mr. McQueen challenged and expanded the understanding of fashion beyond utility to a conceptual expression of culture, politics, and identity.

The exhibit was extensive including, in addition to the 100 ensembles and 70 accessories, it included videos, runway photos, and a comprehensive website.

I have featured some details of the more unusual and striking pieces in the exhibit, but encourage you to visit the website to see more if you were unable to attend in person. 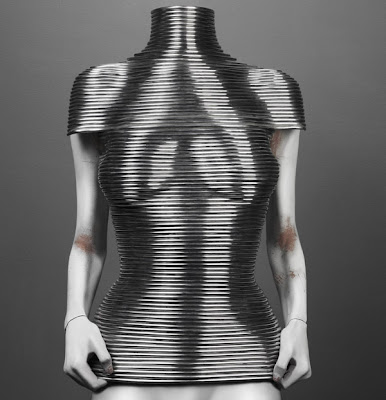 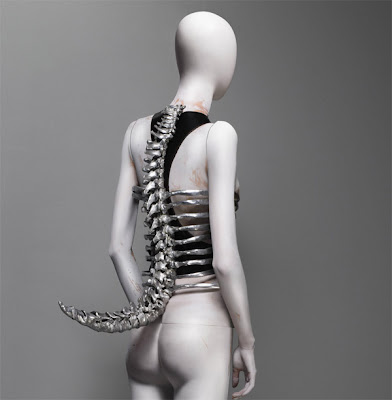 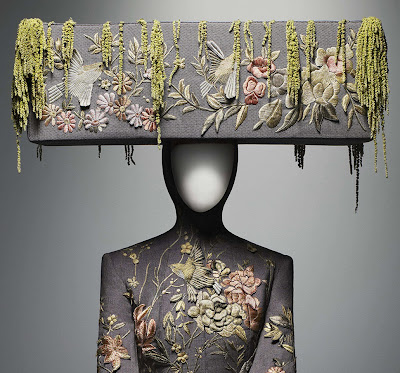 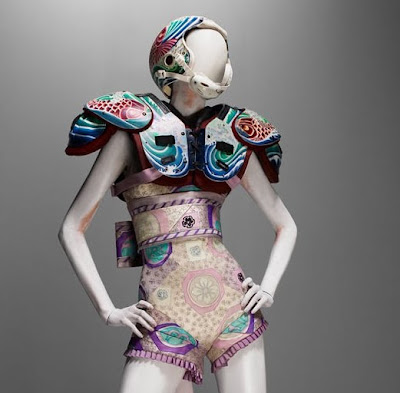 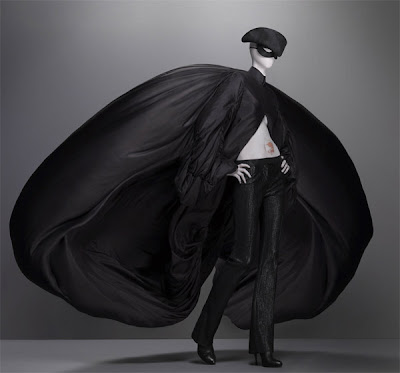 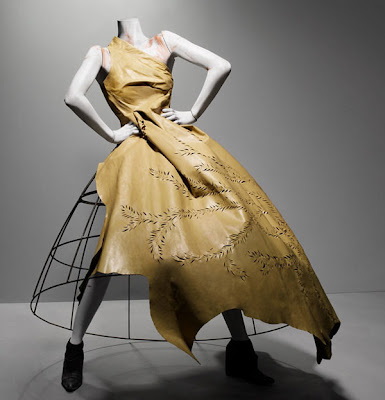 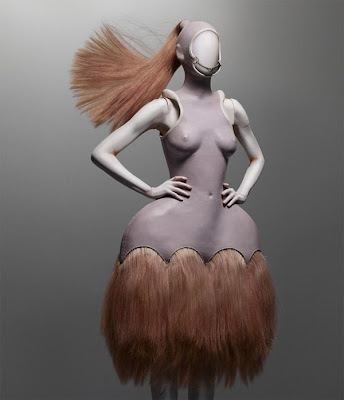 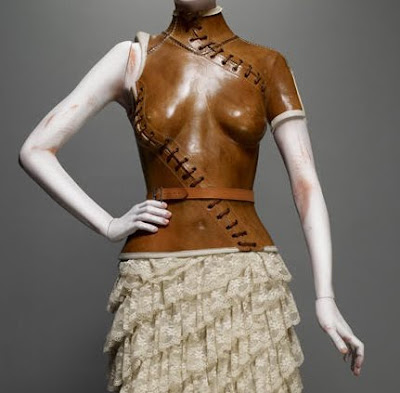 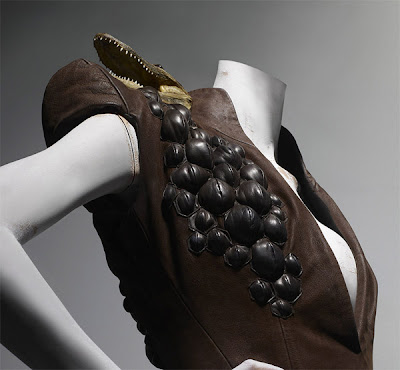 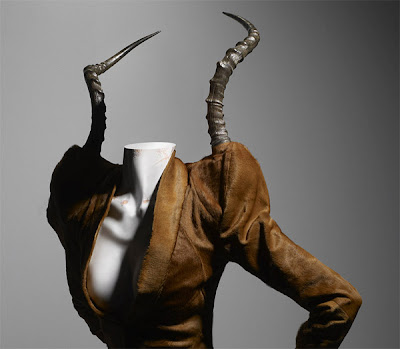 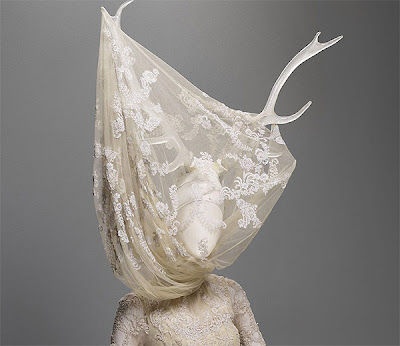 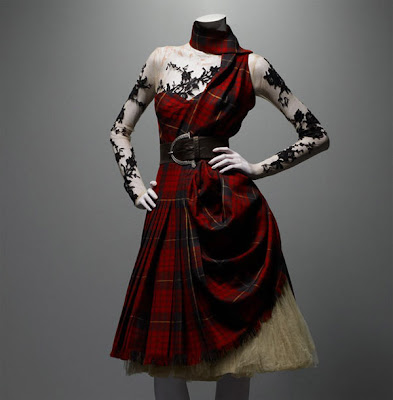 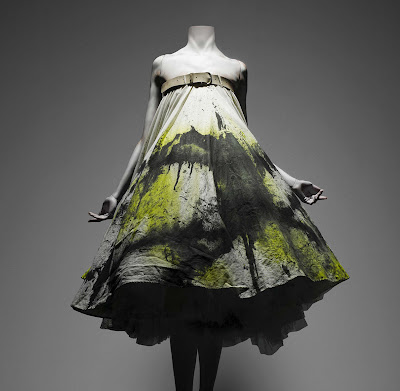 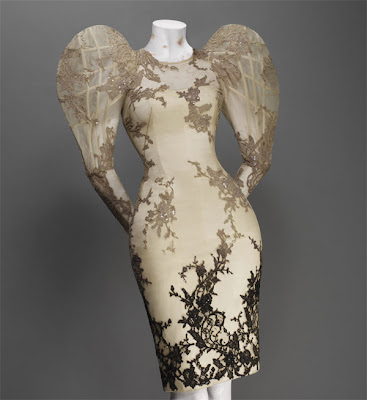 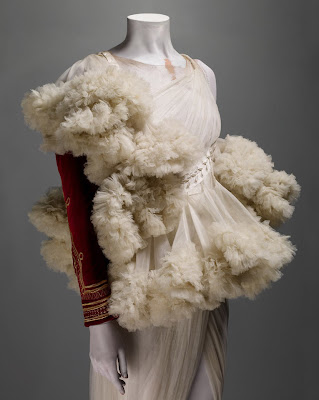 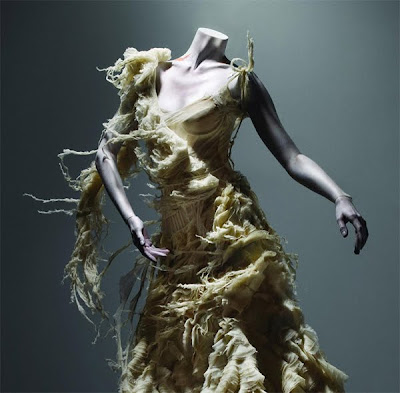 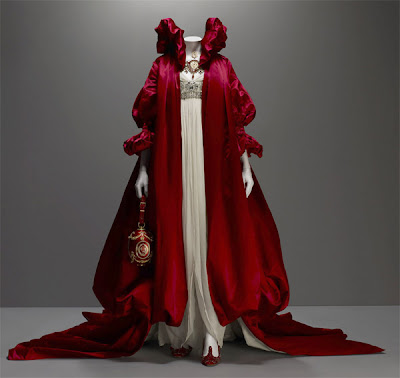 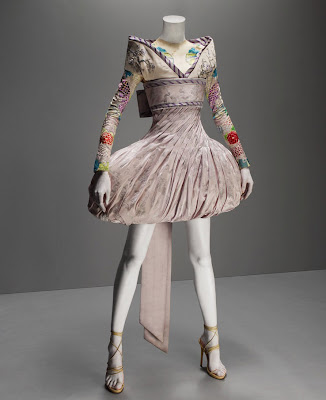 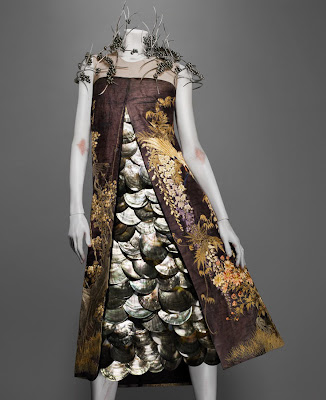 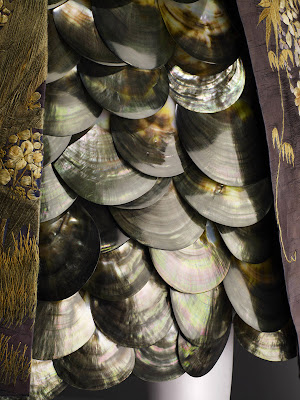 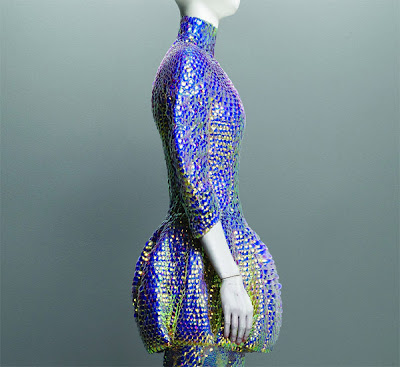 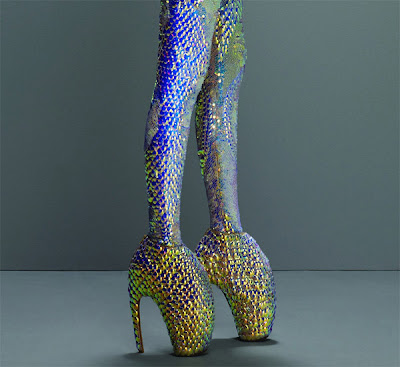 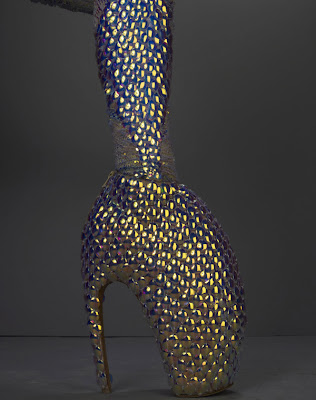 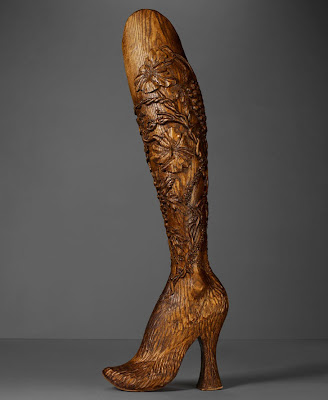 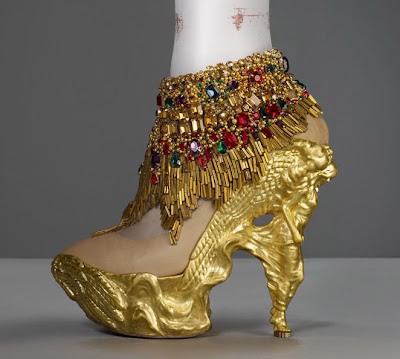 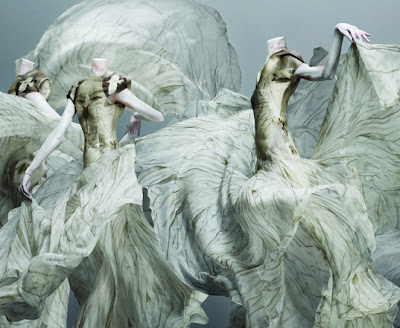 Drawn primarily from the Alexander McQueen Archive in London, with some pieces from the Givenchy Archive in Paris as well as private collections, signature designs including the “bumster” trouser, the kimono jacket, and the three-point “origami” frock coat are on view. McQueen’s fashions often referenced the exaggerated silhouettes of the 1860s, 1880s, 1890s, and 1950s, but his technical ingenuity always imbued his designs with an innovative sensibility that kept him at the vanguard.

The exhibition was organized by Andrew Bolton, curator, with the support of Harold Koda, curator in charge, both of The Costume Institute. Sam Gainsbury and Joseph Bennett, the production designers for Alexander McQueen’s fashion shows, served as the exhibition’s creative director and production designer, respectively. All head treatments and masks are designed by Guido.

Gallery photography by The Photograph Studio, The Metropolitan Museum of Art, Courtesy of Alexander McQueen

Sarah Burton, who has taken over Alexander McQueen's position after working along side him for 15 years, is incredibly talented in her own right and has done the line justice with her own amazing designs. It was Sarah Burton who designed Kate Middleton's Wedding Dress under the Alexander McQueen label name.
at 12:00 AM
Email ThisBlogThis!Share to TwitterShare to FacebookShare to Pinterest
Labels: alexander McQueen, art and fashion collaboration, art exhibition, couture fashion, fashion, haute couture, textile design