One Subject. One Dress. A Bunch of Fabulous Paintings By Erin Cone. 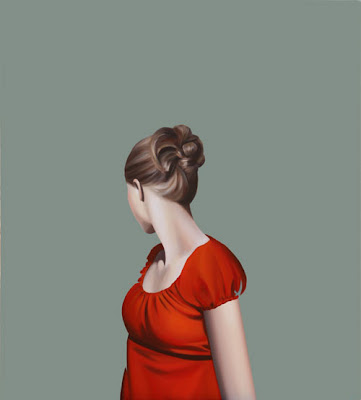 Texas born artist Erin Cone was named one of Southwest Art Magazine's "21 under 31" to watch in 2003. Since then she has had numerous individual and group shows at galleries all over the United States. Currently showing at San Francisco's Hespe Gallery and having just participated in a group show, In Portrait, at the Blank Space Gallery in New York, Erin's latest works continue her bold take on contemporary figurative realism. 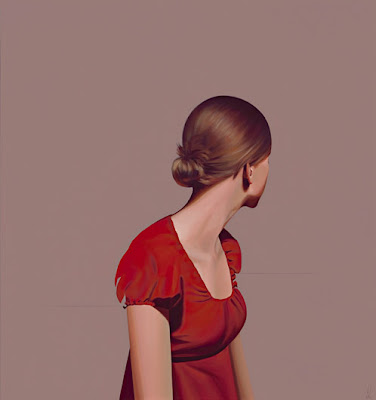 Looking a bit like a cross between mannequins and photo-shop filtered images, her latest acrylic paintings, clearly self-portraits, avoid direct confrontation with the viewer in almost all instances, like one of my favorite water-colorists, Ali Cavanaugh. This is more prevalent in her work since 2009 - in many her earlier works, specifically in 2005, she confronted the viewer with an almost expressionless gaze. 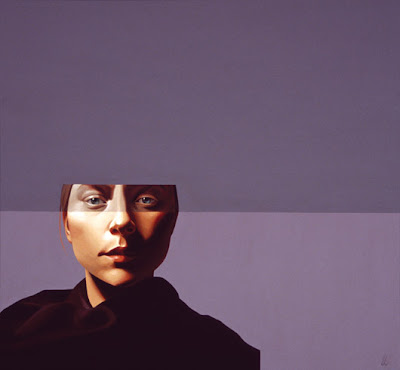 In her recent works, she continues to use flat bold colors and geometric shapes to make up the backgrounds, setting off the figure's red dress, which is featured in 15 of the paintings shown in this post. In some cases, small rectangles are represented by negative space as in the case of Repartee 1 and Repartee 2 and in others, small rectangles of color are added as in Allude, Debutante and Assemblage. Still in others, the dress or background is faceted into a series of rectangles, playing up the multiple planes of color. 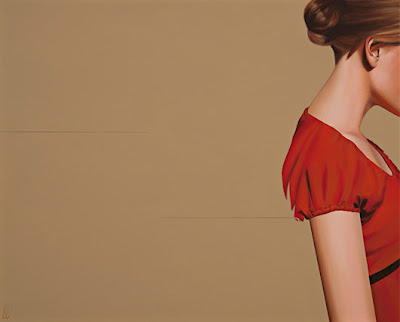 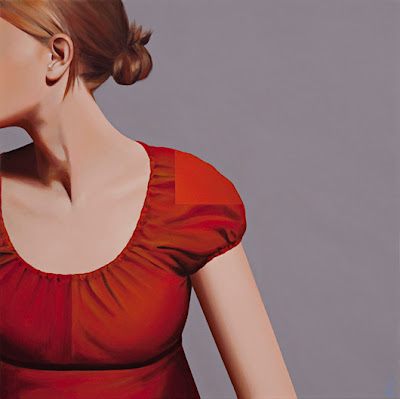 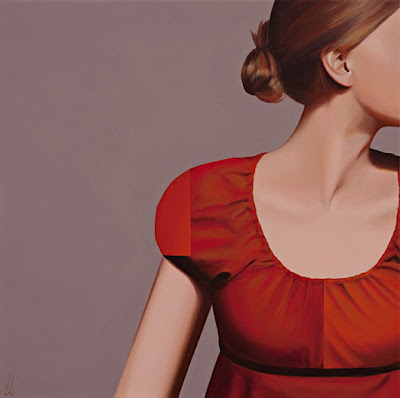 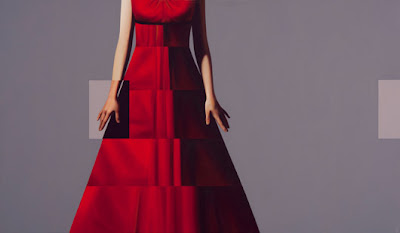 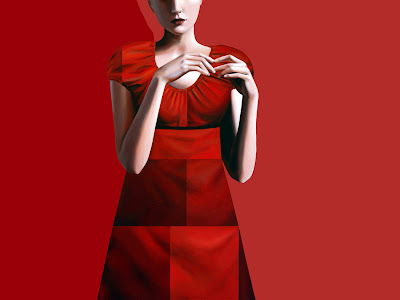 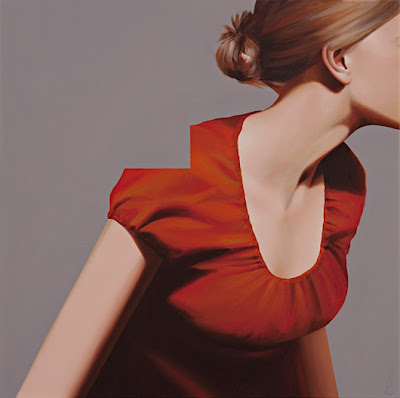 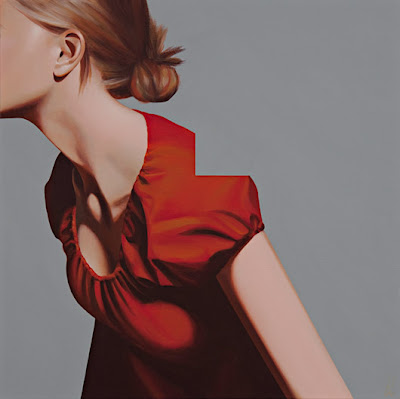 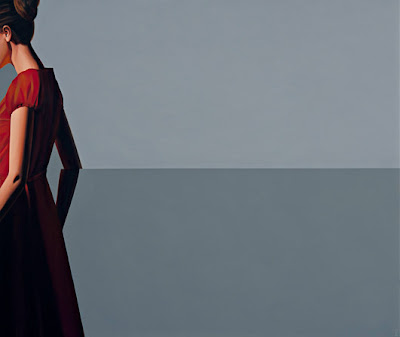 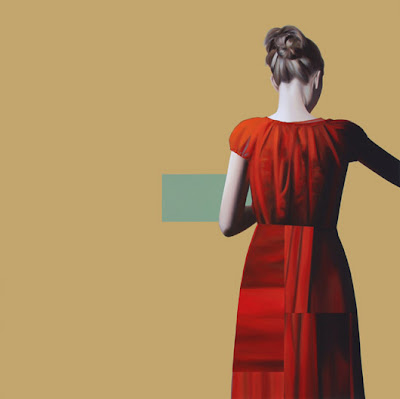 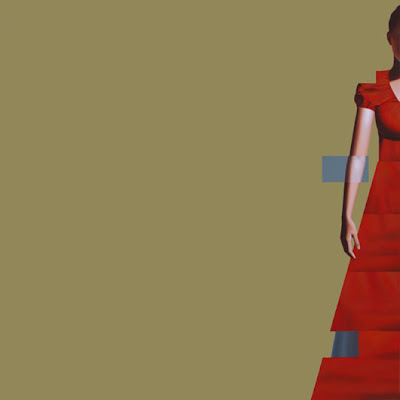 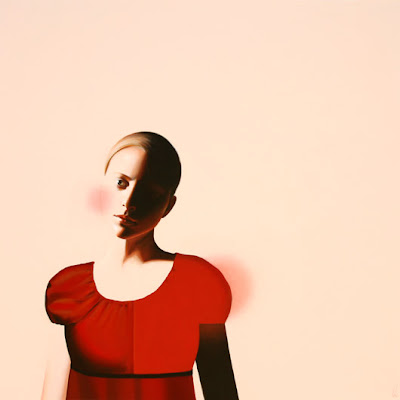 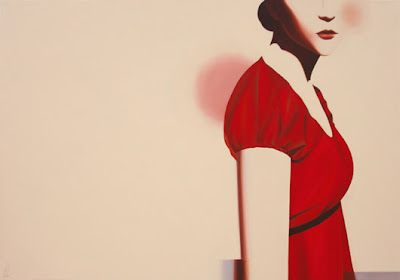 In addition to the above paintings, other pieces of Erin's newer works feature herself in other clothes, but they still feature one lone figure against flat colored backgrounds, in which the face is partially obscured or turned away from the viewer: 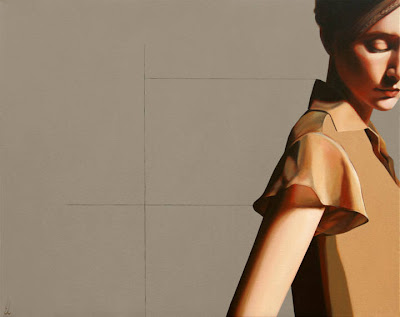 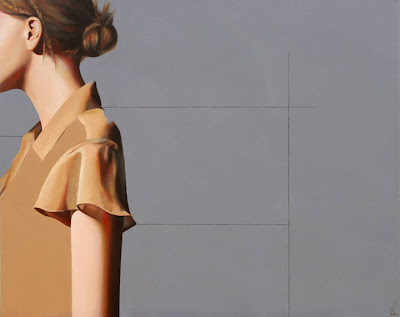 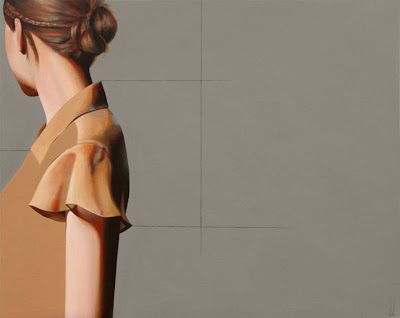 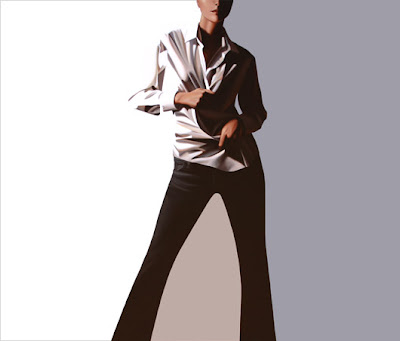 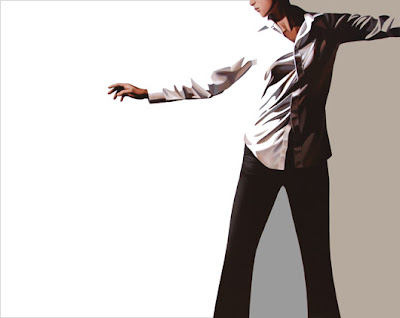 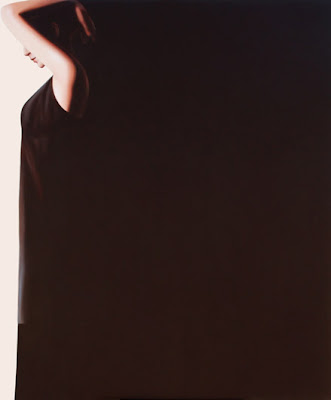 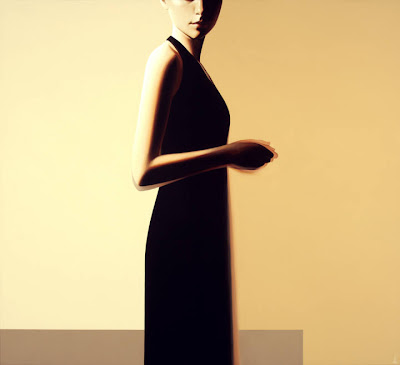 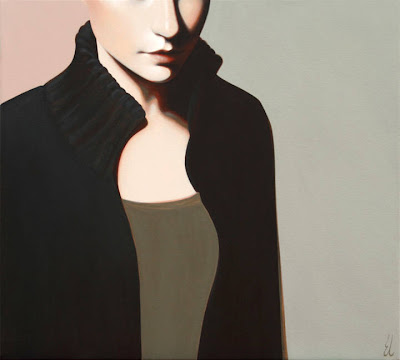 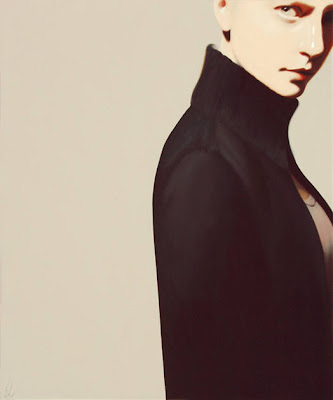 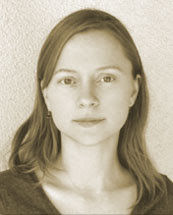 "I emphasize visual impact over narrative context, focusing on the subtle orchestration of my subject within a framework of design. I create a deliberate push-and-pull between near-photorealistic detail and my own vocabulary of visual glitches that challenge that very realism. This duality is central to my work and allows the figures I paint to remain wholly representational while functioning abstractly — evoking emotion without defining it."
-- Erin Cone