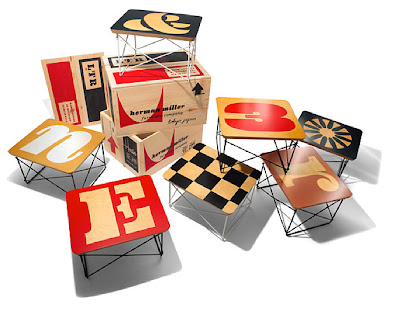 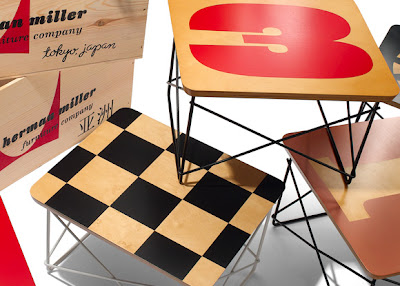 The very hip type foundry House Industries has teamed up with Herman Miller to produce a limited edition series of 80 Eames wire-base tables. 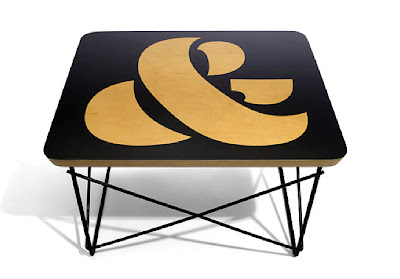 The Eames wire based low tables (LTR) include letters, numbers and ornaments from their Eames Century Modern font collection. 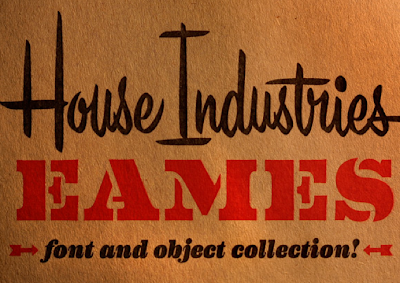 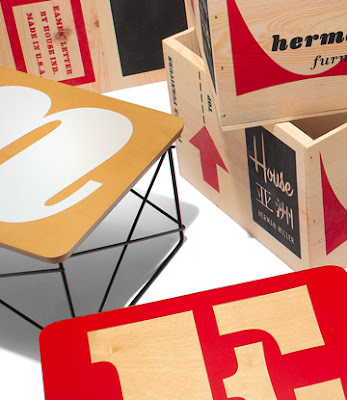 Each tabletop is hand-printed by House’s own David Dodde in their Grand Rapids, Michigan factory, returned to Herman Miller for assembly then packaged in a special House Industries-designed wooden crate. 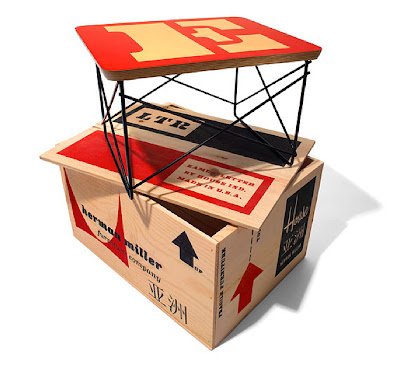 Andy Cruz originally showed sketches of a printed LTR table to Yoko Sasaki, Marketing director of Herman Miller Japan, during his trip to Tokyo in 2010. Soon after House Industries got busy with the Eames Office and Herman Miller in Zeeland, Michigan to bring the sketches to life. As with most House Industries projects, they tried their best to make the packaging for this limited edition something you wouldn’t throw away once the table was removed. I believe they succeeded. 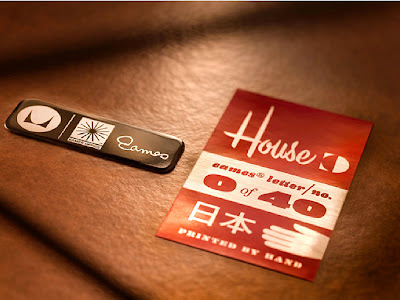