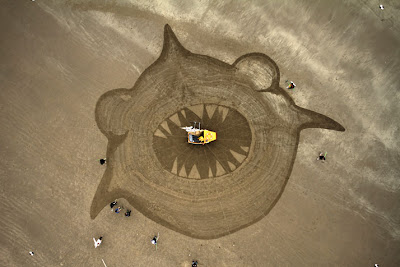 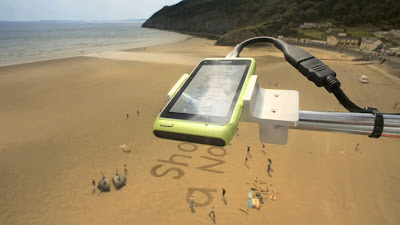 'Gulp' a one and a half minute long short film created by Sumo Science at Aardman for Nokia, depicts a fisherman going about his daily catch. The advertisement breaks the world record for the 'largest stop-motion animation set', with the largest scene stretching over 11,000 square feet.

Shot on location at Pendine Beach in South Wales, every frame of this stop-motion animation was shot using a Nokia N8, with its 12 megapixel camera and Carl Zeiss optics.

Here’s a film taking you behind the scenes on ‘Gulp’, Aardman’s world record breaking short film. It reveals what went in to making such a complex film outside and away from the controlled environment of a studio, and how it was shot using a Nokia N8: