The Sexist Lingerie Ads with Gisele Bundchen that Brazil Wants to Ban. 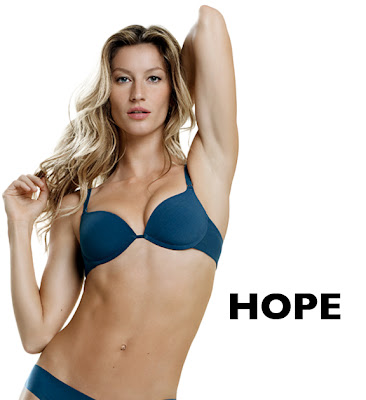 Is breaking bad news to your significant other easier when you're sporting sexy lingerie? That's the message behind Brazilian lingerie brand HOPE's campaign - urging women to use 'their natural charms' when delivering less than appealing information to their husbands. Are men really that easy? If you look like Gisele, I bet they are. 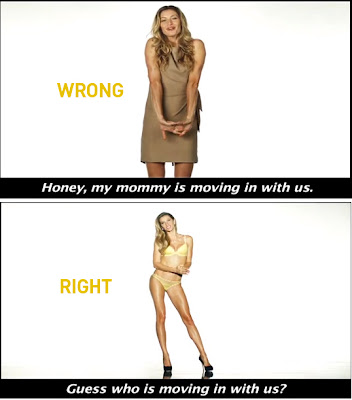 The land of waxed coochies and sexy supermodels is considering a ban on the ad campaign (whose three spots are shown below).

Brazil's Ministry for Women called Wednesday for the suspension of a television ad campaign featuring lingerie-clad supermodel Gisele Bundchen, saying it reinforces the stereotype of women as sex objects.

The agency said in a statement it was asking the state council on advertising to halt the use of the ads with Bundchen, the Brazilian native who is believed to be the world's highest paid model.

The ads "reinforces an erroneous stereotype of women as sex objects and ignores the progress made in ending sexist practices. It also represents discrimination against women," the ministry said in a statement.

In the ads for the Brazilian intimate wear brand Hope,"Bundchen is clad in panties, a bra and high heels, in an effort to distract her husband when she delivers bad news -- about damaging the car, exceeding her credit limit, and her mother coming to live with them.

The TV ads send a message "that sensuality can melt any man" and "encourages Brazilian women to use their charms... to minimize the reactions of their husbands," the ministry said.

The ministry managed to ban a beer ad in 2010 featuring US model Paris Hilton in suggestive poses.