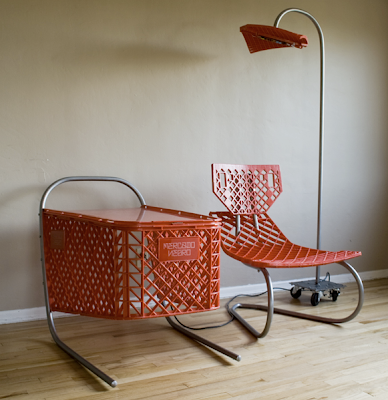 RAMÓN CORONADO, a self described "cross-media visual designer" is a recent Graphic Design graduate from Pasadena's Art Center College of Design. He has an array of unusual designs and concepts to his credit, but I found this particular one both inspired and inspirational. 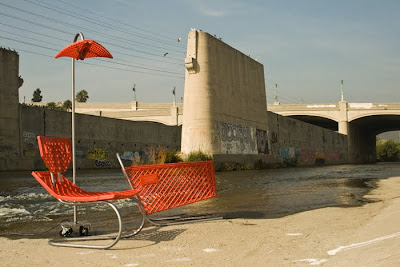 In the designer's own words:
Mercado Negro is a Spanish word for Black Market. This 12 week project deals with reclaiming an ordinary, everyday object and transforming it into something with a completely different purpose. 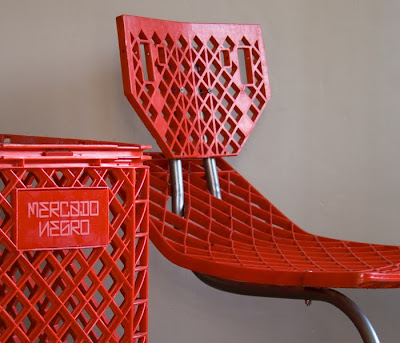 I also wanted to create a project that commented on the shortage of parks and recreational functions in Los Angeles.

Moving to Los Angeles four years ago from the small population of Cathedral City was a major eye opener. Los Angeles felt like an entirely new world separate from everything that I had known or experienced before. With little knowledge of LA and it's neighborhoods, I ended up living across the street from MacArthur Park, a dangerous lower income area, overpopulated with homeless, and trash, but with a heavy Hispanic influence. Spending a year in this area exposed me to the lack of recreational areas for kids in Los Angeles.

The irony being that I lived across from MacArthur park, but because of it’s dangerous reputation, no children would ever go there to play and often resorted to playing on the streets running in and out of traffic. This area is filled with trash on the sidewalks, people sleeping everywhere, and an abundance of shopping carts.

Shopping carts exist everywhere and anywhere throughout the city of LA and include themselves as part of LA's landscape. A shopping cart says a lot about a city. Seeing one on every block adds attention to the poverty and that there is no control of private property.

I took it upon myself to take a shopping cart and make a statement with it. I reclaimed LA's iconic shopping cart and created furniture for kids to enjoy in these urban Los Angeles areas. The project is a criticism of the scarcity of recreational functions for kids growing up in a dense city like Los Angeles. 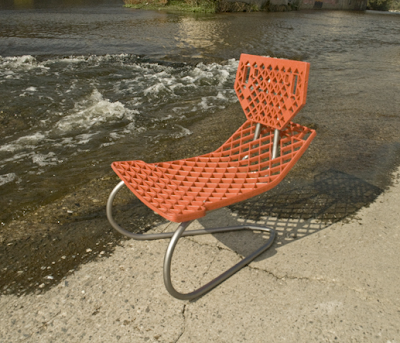 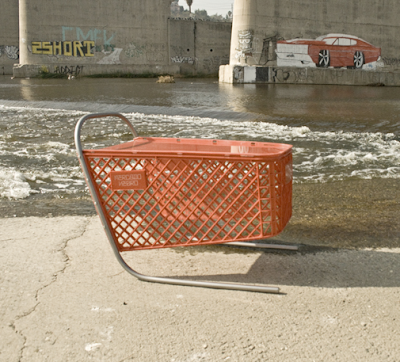 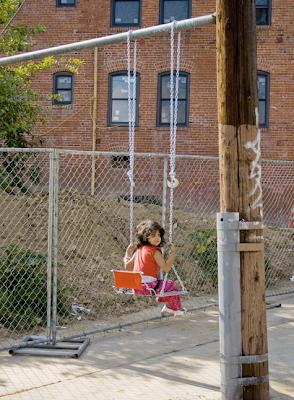 Ramon at work on the project: 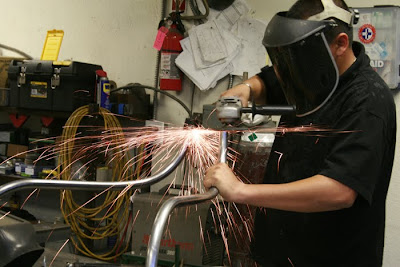 See more of Ramon's inspired work at his site here.