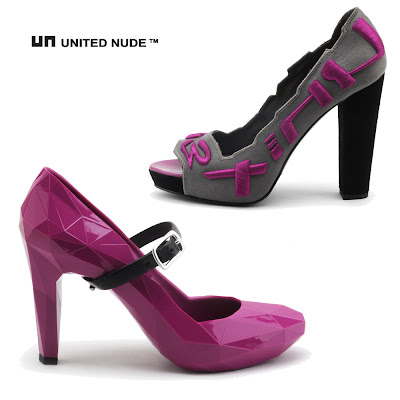 If you've been reading this blog for awhile, you may recall my first post about United Nude's unusual inspired shoes). Deriving influences from architecture, art and industrialism, United Nude has continued their distinct vision and direction for their 2010 Spring Summer collection. 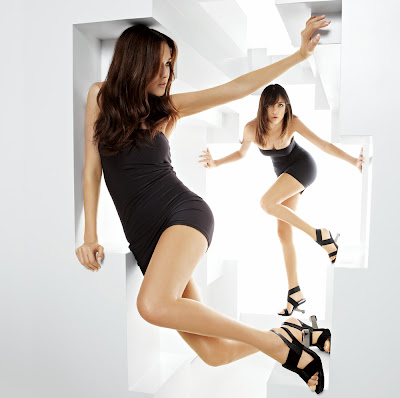 In addition to introducing new colors of their previous styles, they've added some fabulous new styles; The Cup, The Frame, The Label Shoe (their second collaboration with Dutch fashion designer Antoine Peters), The Graffiti Shoe (an embroidered pump) and The Lo Res shoe (an origami-esque angular shoe). 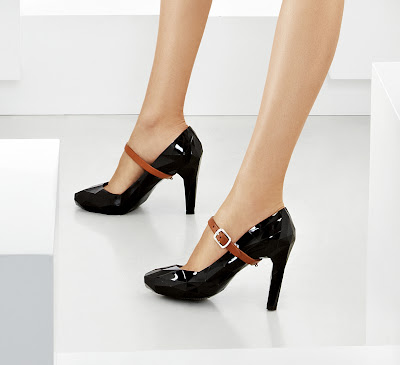 Angular planes make up the exterior of the Lo Res pump, part of a new semi-automatic design method by United Nude. An object is digitally scanned into a 3D computer model and regenerated into various resolutions. 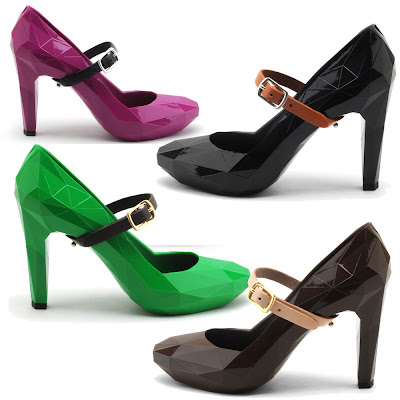 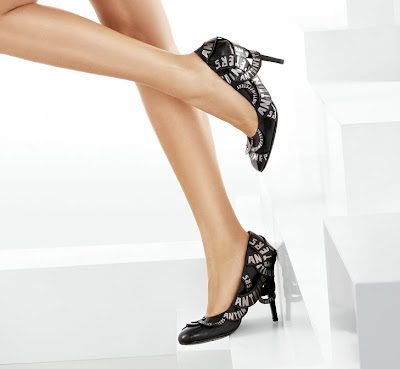 The Label Shoe is a play on the industry’s excessive use of labels forming the style’s distinctive silhouette. 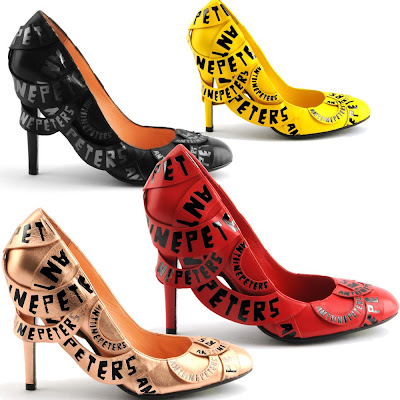 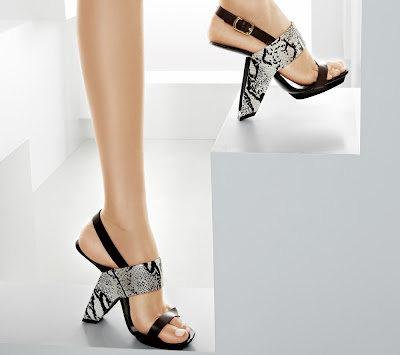 With the use of ultra strong carbon fiber, the shoe is allowed to reach new heights in the form of the ULTRA LOOP; creating an even more feminine silhouette and a towering 130 millimeter heel height. 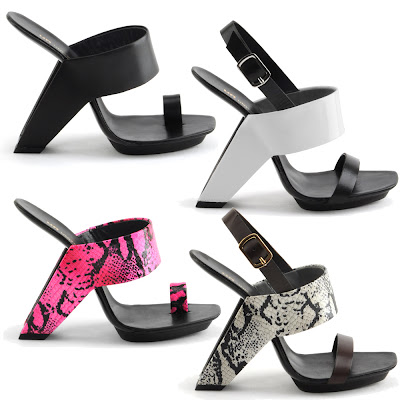 The Cup
The CUP is designed to literally “cup” the heel of the wearer with a sculptured heel also serving as the back-piece, giving the style not only the desired comfort but also elegance and classic appeal. 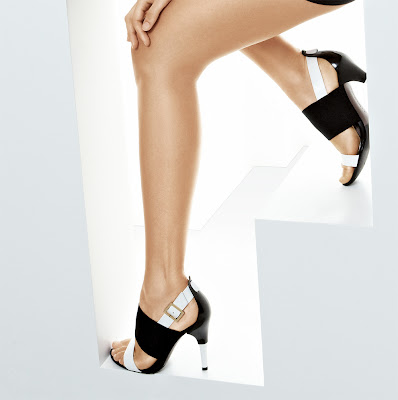 The CUP is available in a range of styles from pump to sandal with attention- grabbing color combinations. The heel height on the high CUP styles is 4.5": 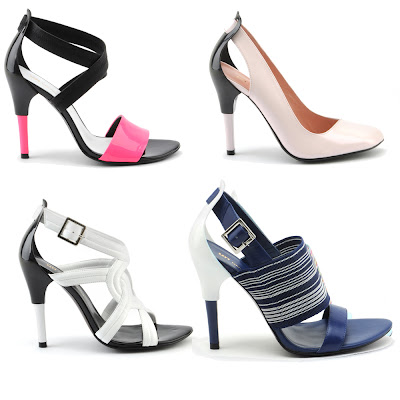 And the heel height for the mid CUP styles is 2.7": 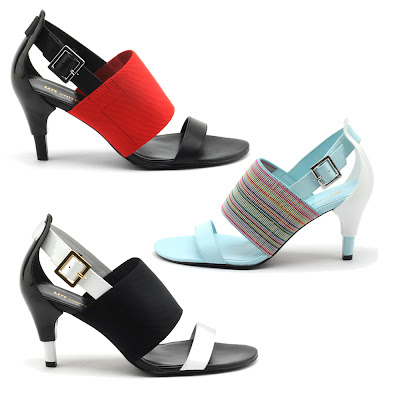 The Frame Shoe
The FRAME is a remarkable achievement and is also a tribute to the foundation on which the UNITED NUDE brand was established. 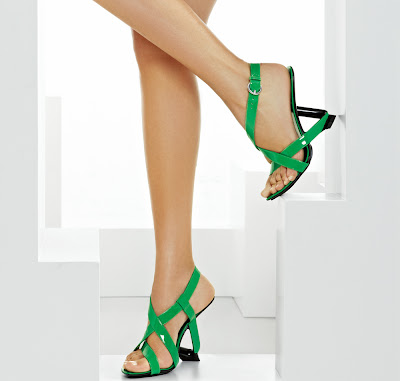 The FRAME unhinges the common perception of what a high-heeled shoe should be with the construction of the heel being far more centered on the foot-bed while encasing the foot with straps, forming a wearable work of art: 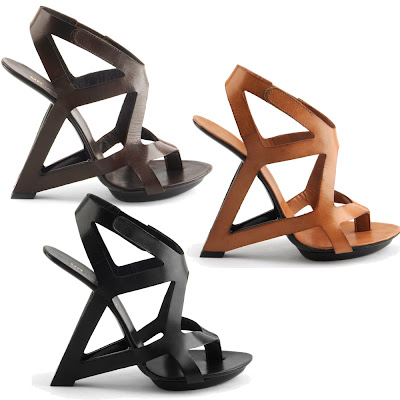 The Graffiti Pump
The GRAFFITI uses the brand’s name in a 3D embroidered pattern decorating the shoe as its canvas: 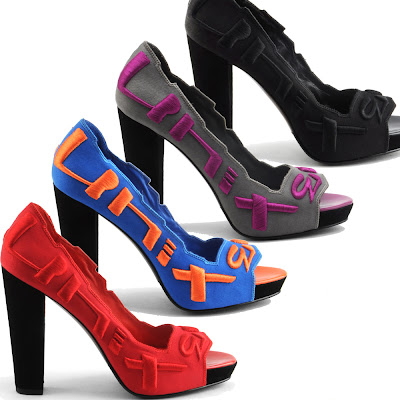 UNITED NUDE’S exceptional design has now led to the expansion of the brand with the opening of the first flagship store in Amsterdam’s city centre. A second flagship store is set to open in the international fashion capital of New York City in early 2010 followed soon thereafter by a third flagship store in Shanghai.


Other styles from UNITED NUDE:

Mobius (below left) and Block (below right): 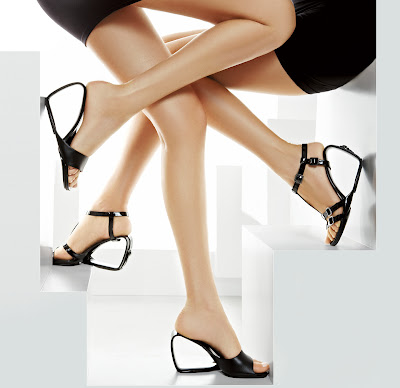 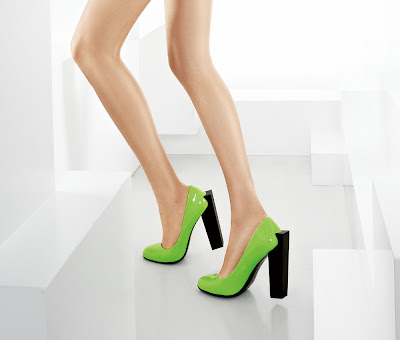 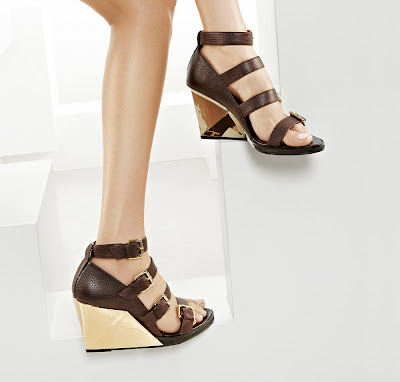 Coral (below left) and Mono Jane (below right): 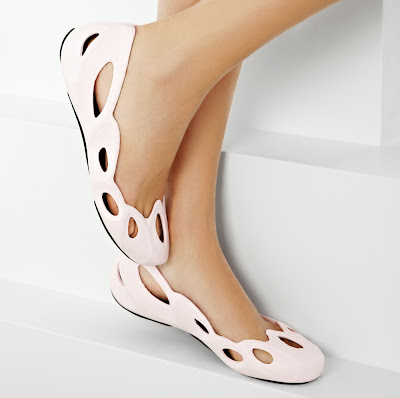 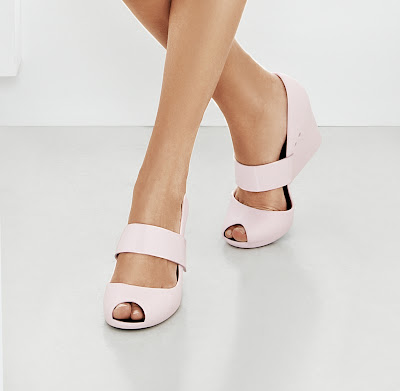 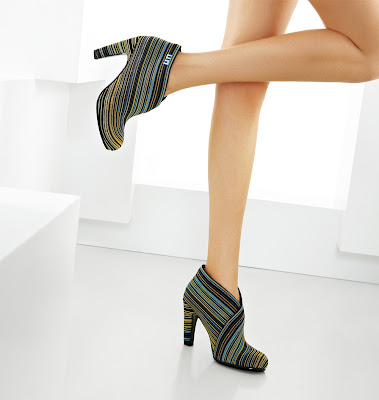 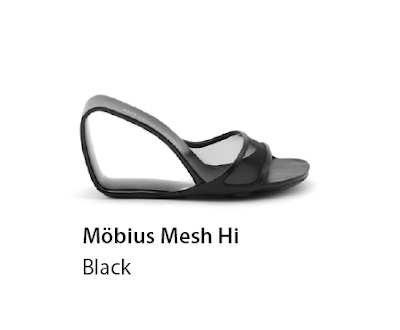 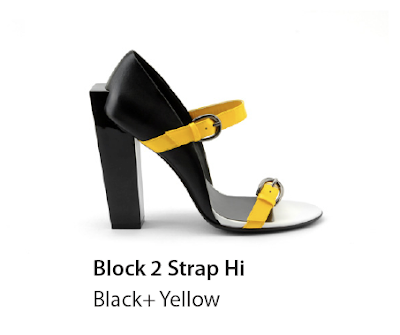 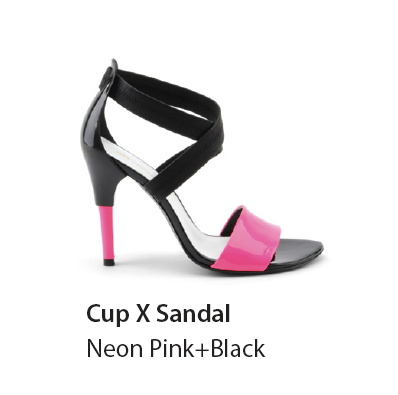 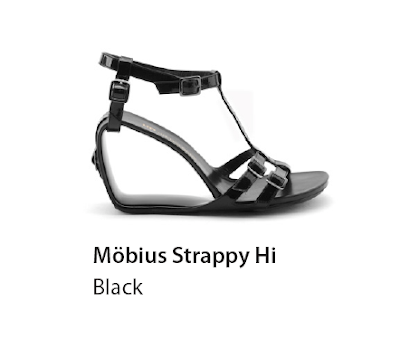 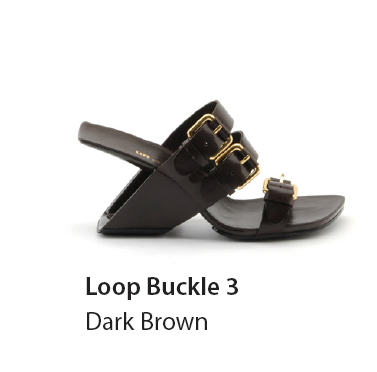 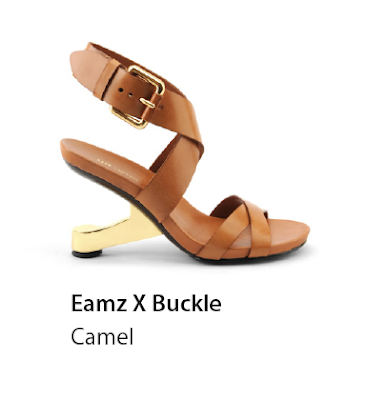 The UNITED NUDE Spring / Summer 2010 collection is available March 1, 2010 at UNITED NUDE’s retail stores in Amsterdam, Vienna, Tianjin, Guangzhou and London as well as at some of the world’s finest shoes stores and online at www.unitednude.com 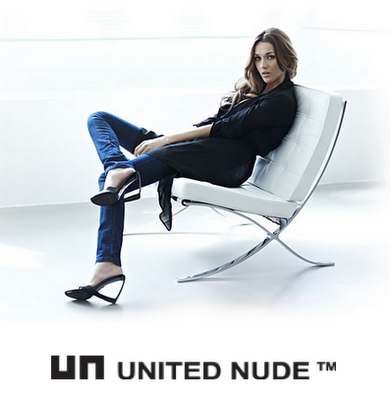 Learn more about these shoes, who started the company and their original collection here.