5 Different Films, Same Dialogue. And Philips TV Invites You To Make The Sixth. 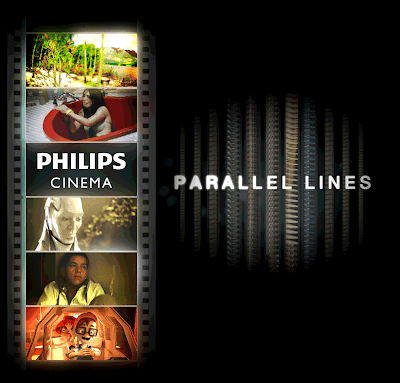 The last time Philips Electronics used a short film directed by Adam Berg to promote their Cinematic TV, they took home the Grand Prix at Cannes.

This time, their newest marketing push consists of a project in which five different directors created five different films, each in their own genre, that use the same piece of dialogue- a scant six lines.

And, in an effort to get aspiring directors involved, an ensuing competition invites you to make the sixth.

Philips has just launched this global competition, giving aspiring filmmakers the chance to have an original work judged by one of the world’s greatest film directors – Sir Ridley Scott, director of Hollywood blockbusters including Alien (1979), Blade Runner (1982) and Gladiator (2000).

The competition, called "Tell It Your Way‟, will also give one lucky winner the chance to gain a week’s work experience at Ridley Scott Associates (RSA) offices in Los Angeles, New York, London or Hong Kong. 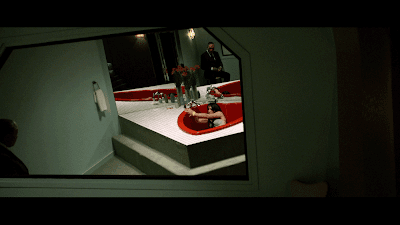 Set in a retro future Shanghai, Darkroom opens on a covert surveillance operative as he searches for his criminal quarry. Scanning a polluted city skyline, we see through his technology as he zooms ever deeper into a distant apartment and through the imaginative use of reflections and technology begins to unravel a sinister secret.

Through this voyeuristic journey we are led to a climax with dramatic consequences. Johnny Hardstaff expertly generates intrigue through his development of mood and tension. Namely with the use of the operative’s own hushed voice to provoke a sense of seediness and setting of the tone. As the audience is led deeper we find a fiendish pleasure in this voyeuristic approach. Darkroom proves a clever and absorbing short that packs a very original sting in its tail. 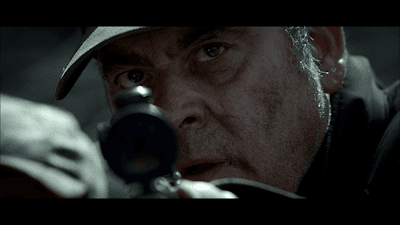 The Hunt follows two men on a trail to find the ultimate prey. In the eerie woodland something lurks; a mystical creature. Soon we will find that the hunters may well become the hunted.

Jake Scott takes us on a slow pursuit, carefully building the tension through a seemingly desolate and hostile environment. Senses are heightened as Jake brings to life every inch of the hunt, every sound carefully designed to put the audience on edge: the crows in the background, the trickle of a stream, the earth moving under each step. As The Hunt nears its horrifying climax we hold our breath as the huntsman sets his sights. However his companion shows a fear and nervousness in his expression. Something is not right. Perhaps the intended prey is not to be provoked. 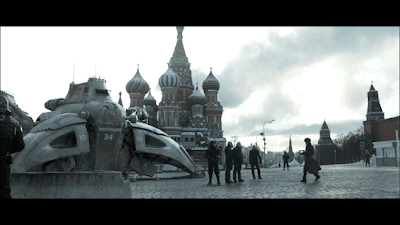 In this sci-fi thriller, Podarok introduces us to a dystopian future. It’s a winter’s day in Moscow, but the familiar landscape is not all it seems. The traditional backdrop is balanced by the technological hints to the future on show. An experienced KGB Agent is on his way to deliver a special gift. Expressionless and giving the aura of emptiness the lone man makes his way across the city. As the secret of the gift is unveiled to the receiver, the desire for the object becomes evident. The agent must have it. Even at the cost of a man’s life. A high octane chase through Moscow ensues as the dead man’s robotic butler tries to rescue the precious gift. It must not be left in the wrong hands.

Carl Erik Rinsch cleverly uses the pacing of this short to evoke and speak out to our emotions. We feel the bleakness of this post apocalyptic future, the gloomy life of an empty man, the desperation of the chased and climatically, hope. 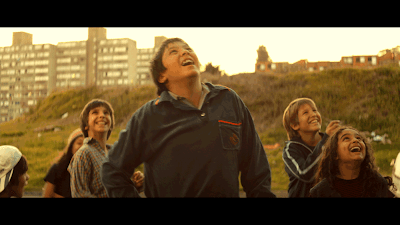 In this heart-warming tale set on an estate of tower blocks in South America, a boy shows a young girl to a room with a secret. The girl is introduced to a donkey which the boy tells her is a unicorn. Delight and fulfilment fills the young girl as she is left to feel the magic of this moment in a life that has offered her so little. This joy is short lived as we are shown the difficulties of growing up as bullies taunt the pair. The boy stands up for his younger friend. Afterwards though, it all seems too much as the brave boy is left to cry quietly in the corner. Unawares to her friend’s pain the girl returns her attention to the beauty of the animal.

Greg Fay delicately shows us the hardship of growing up and the joy that can be brought on by a child’s imagination. Lighting is used to great effect. The hue and glow of a beaming sun fills scenes with a warmth, comfort and tender security away from the harsh realities of the world. El Secreto de Mateo leaves us emotionally speechless with the feeling of both happiness and sorrow. 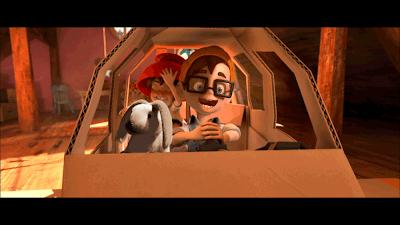 Through animation Hi-Sim transports us into the playful imagination of siblings Jun and Aco. We are instantly rushed from the children’s attic into space as a cardboard box transforms into a spaceship. This fantasy adventure excites as our heroes find themselves in the midst of a space battle resulting in the capture of Aco. Jun is left to fall from the skies before being saved by a fire breathing dragon. Jun and his new friend blow away the enemy as the plight to save the captive Aco gathers pace.

Hi-Sim manages to bring out a childlike excitement and curiosity from the moment we enter the attic. This beautifully crafted animation bursts with fantastic colours of an imagined world. Visual details have been carefully considered and realism breaks through from the quality of the effects. This is a polished short that is sure to please the whole family.

Visit their youtube channel to learn more about the competition here.

You can view the amazing Grand Prix winning film Carousel - and the making of it- for Philips TV, here.
at 11:51 AM
Email ThisBlogThis!Share to TwitterShare to FacebookShare to Pinterest
Labels: advertising, film, film competition, film festival, marketing, PHILIPS, Philips tv commercial, short films