Kria Bones Up On Jewelry Design, Vertebrae Necklaces and More 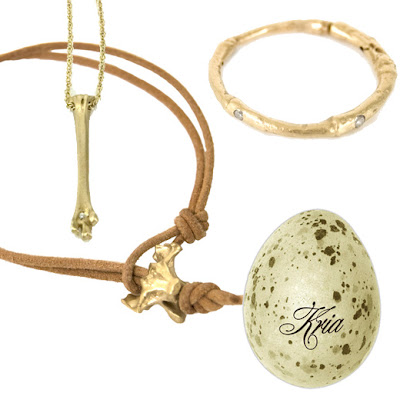 kria, n (sterna paradisaea) migrates farther than any other bird and in known for ferocious protection of breeding grounds.

Kria jewelry is a collection of femur bones, wing bones, caudal vertebrae, branches and twigs cast in 14k yellow gold or sterling silver. Necklaces on rope chains or leather, bracelets and rings, some embedded with diamonds, others with pearls, are all delicately rendered as miniature and elegant wearable pieces. 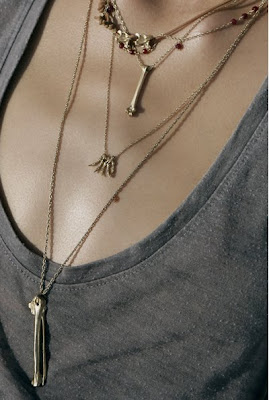 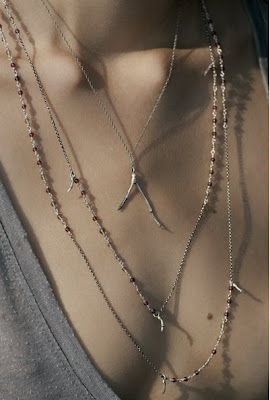 I'm going to show you the pieces in gold, but keep in mind, many of these are available in sterling silver, too.

Some of the necklaces: 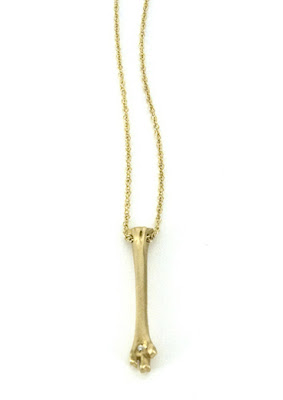 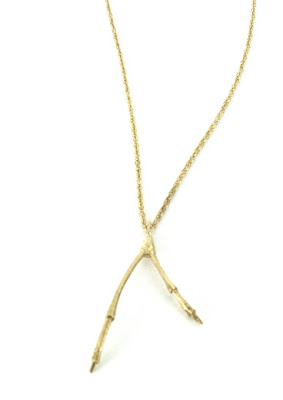 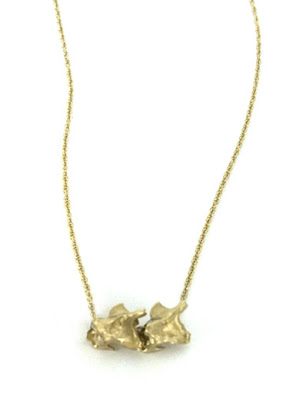 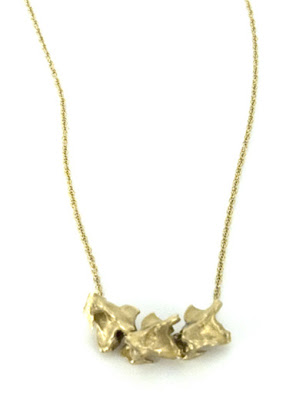 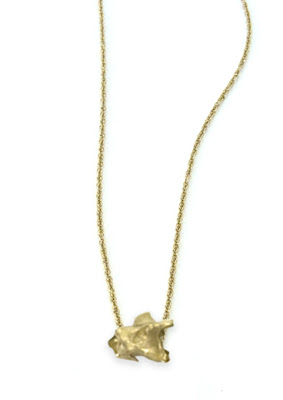 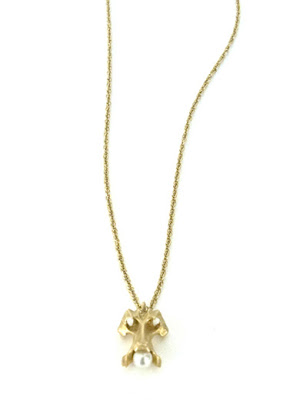 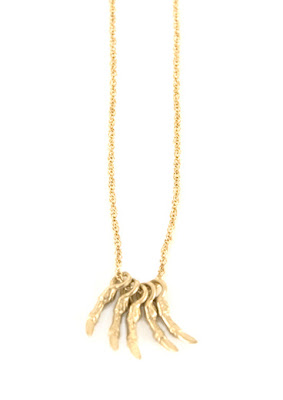 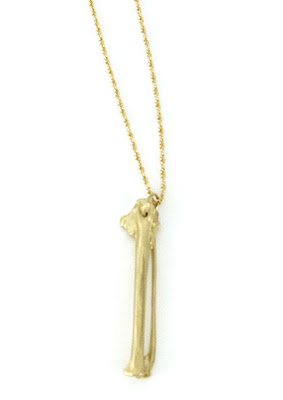 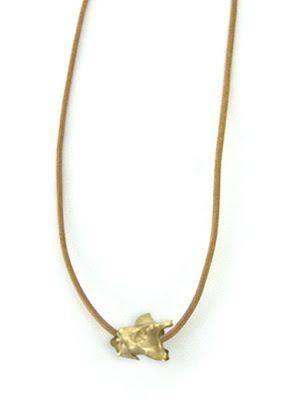 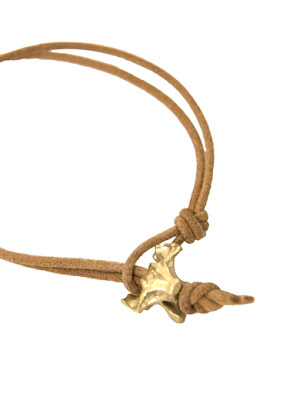 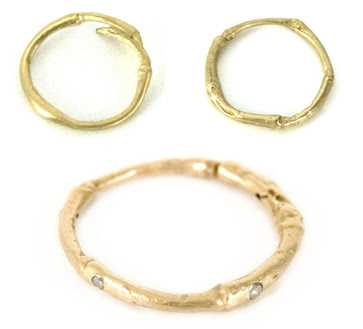 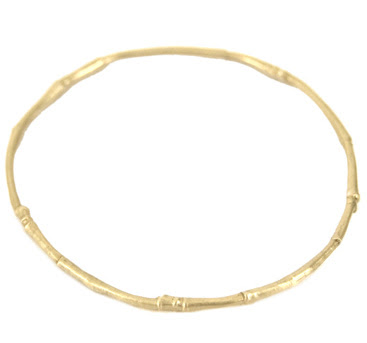 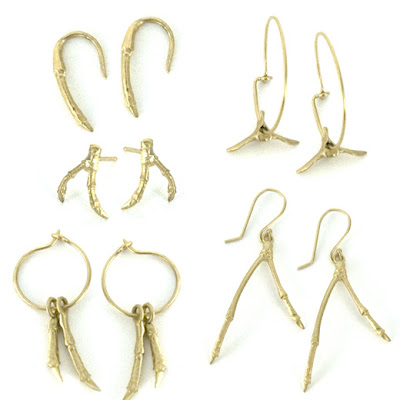 The inspiration for Kria appeared on a black lava beach in eastern Iceland in the summer of 2006 when Johanna Methusalemsdottir found a skeleton of the bird by the same name nestled in the sand. The birth of her second daughter, Lóla Salvör came soon after as did the birth of the Kria collection and both are growing.

Kria was officially founded in 2007 while Johanna was experimenting with the re-contextualization of elements of the natural world through jewelry. In an effort to integrate the shapes of organic objects such as bones and branches with the shapes of the human body, she began a fresh illumination of the grace of evolutionary design with the Kria collection.

Johanna Methusalemsdottir (above) originally left Reykjavik, Iceland for New York City in 1988 and worked her way into the world of fashion with Me & Ro jewelry as their first employee before she took time off to give birth to her first daughter, Lóla Salvör. Later she became a press officer and a fashion media liaison for Patrick Cox, a manager of a retro-couture showroom, and finally a stylist working with magazines including Crash, British GQ Style, Nylon, Fade, Black, In Style, Oyster, Blast, Trace, Beaux Arts, Black Book, Sportswear International, Clear, Composite, Seventeen, as well as for national television advertising.

ALL ITEMS COME IN A HAND PRINTED EGG SHAPED LEATHER POUCH WITH A POST CARD.

Kria Jewelry is all handmade and produced in New York City. You can purchase her jewelry and other cool Iceland based design items at Icelandic Market
at 12:01 AM
Email ThisBlogThis!Share to TwitterShare to FacebookShare to Pinterest
Labels: 18k gold jewelry, Bones, fine jewelry, sterling silver, unusual jewelry