The Latest Lexus Hybrid Is An Electric Carbon Fiber Bicycle 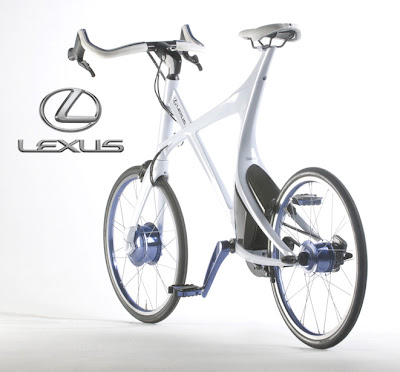 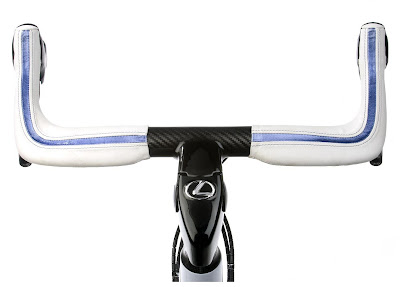 Lexus has established itself as an industry leader in bringing advanced technologies to the premium car market. Now it has applied the same thinking on a smaller scale to create the Lexus Hybrid Bicycle, a design concept the captures the fundamental engineering and design values of the brand, but with two wheels rather than four. 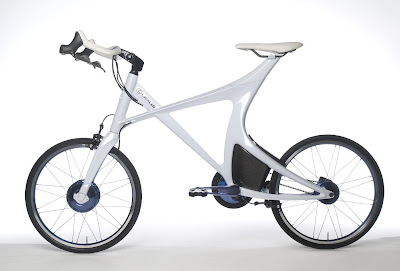 In every aspect this is Lexus, from the L-finesse design language of the engaging and elegant frame, to the application of hybrid power, an electric eight-speed transmission and lightweight carbon fibre construction. 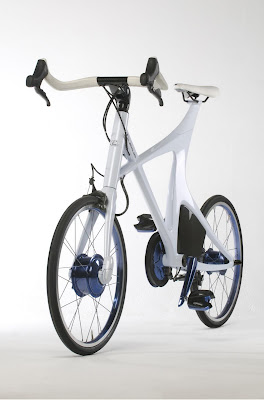 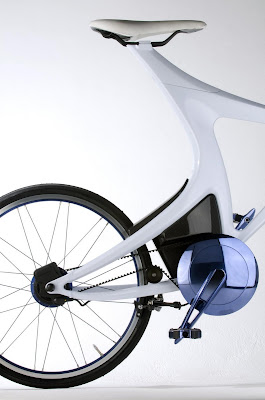 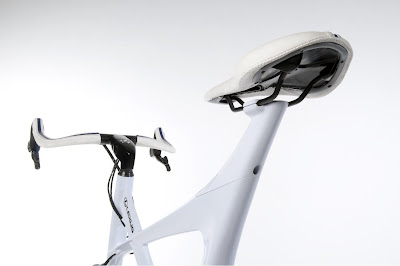 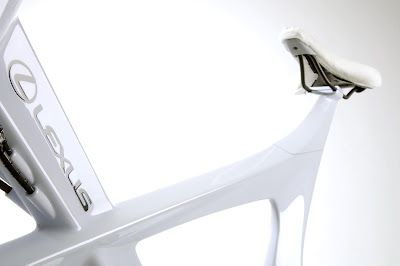 Lexus has brought what is one of the only two examples in existence (one black and one white) to the UK for the first time, following the bicycle's debut at the 2009 Tokyo motor show (at that show, the concept bike was shown in black). 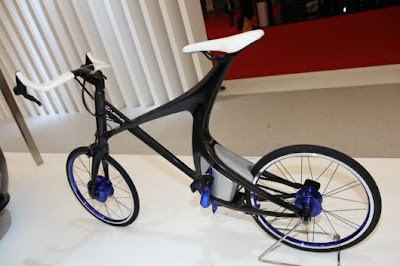 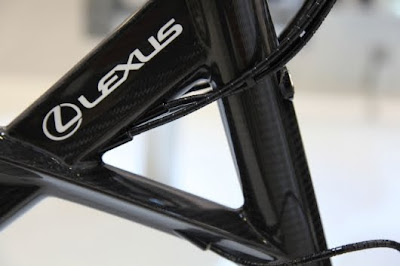 above: the Lexus HB Concept bike appeared in black at the 2009 Tokyo auto show

Its arrival coincides with the announcement of Lexus's title sponsorship of the Great British Bike Ride, a four-day charity fun ride from September 1-4, 2010, that will see hundreds of cyclists following a course from Land's End to the home of English rugby at Twickenham. 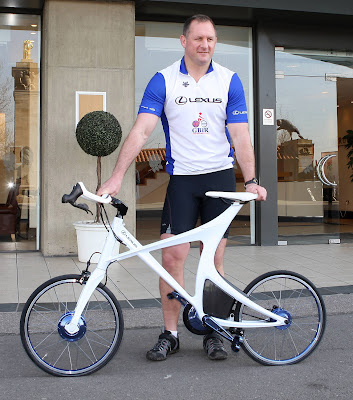 Lexus has pioneered high performance, low emissions and optimum fuel efficiency with its full hybrid Lexus Hybrid Drive powertrain technology. The Hybrid Bicycle adopts similar principles, with the pedal power of the rider boosted by assistance to the front wheel from a 240W electric motor, via a 25.9V Lithium-ion battery, with a choice of Eco or Power modes. And, as with Lexus Hybrid Drive, there is an energy regeneration function that helps recharge the battery by capturing kinetic energy generated under braking. 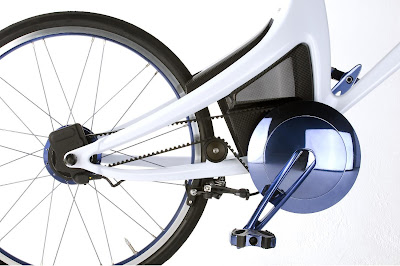 The Lexus Hybrid Bicycle has all-wheel drive, by means of a belt system. It is equipped with an electric eight-speed Shimano internal gear system, which references the sophisticated eight-speed shift-by-wire automatic transmission of Lexus's LS 600h limousine. 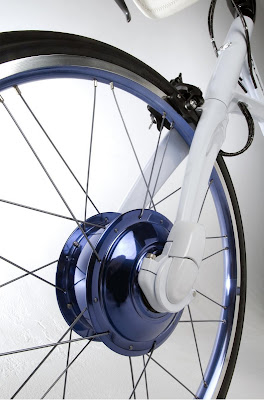 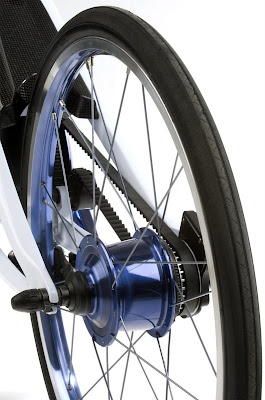 The video below is from the 2009 Tokyo Auto show (courtesy of Gizmag):

The big bummer? There are no current plans for the Lexus Hybrid Bicycle to become a production model.